Samikssha Bhatnagar, who essayed the role of Sita in India’s biggest Ramlila event at Delhi Luv Kush Ramlila event this year, is on cloud nine. The actress also recently turned producer with ‘Bhraamak’. In an exclusive interview with ETimes, she opened up about Kangana Ranaut who will also be playing the role of Sita in her upcoming film, OTT platforms, the importance of being fit, and more. Excerpts…

You recently turned producer with ‘Bhraamak: Misleading’. How has your experience been?
The whole experience of making the film was mind-boggling. At first, there was a lot of struggles to conceptualise the idea with the correct storyline but once we started connecting with like-minded people who shared the same passion, things started to fall in place.

What kind of a response have you been receiving?
The response so far has been immensely positive. Our movie is streaming now on three major platforms including MX Player. It will soon be released on other major platforms as well.

You have been part of a select few but good movies – be it your cameo in ‘Calendar Girls’ or lead in ‘Poster Boys’ or ‘Hamne Gandhi Ko Maar Diya’ or last release ‘Black-Rose’. How has your experience been so far?
I’ve gone through hardships from the first project to date. It’s a continuous struggle. However, from the first project till today, there is one thing that remains consistent and that is my passion for work, energy and drive. There are varying levels of experience with each project but what you learn from each project, the value you give to each project and the good energies that you take back from each of your work, matters to me.

You played the role of Sita in Ramleela this year in Delhi. Tell us something about it.
It was indeed a great honour and such a divine experience playing Sita for India’s biggest Ramlila event at the Delhi Luv Kush Ramlila event this year. The response and love from the audience is so overwhelming and gives great joy. My theatre experience comes in handy while performing amongst live audiences.

Kangana Ranaut has been cast as Sita in a film. What are your thoughts on her?
She is my idol and one of the real actors, who made her mark, built a strong foundation and created a significant impact in the industry all by herself. I would love to see her as Sita on the big screen. 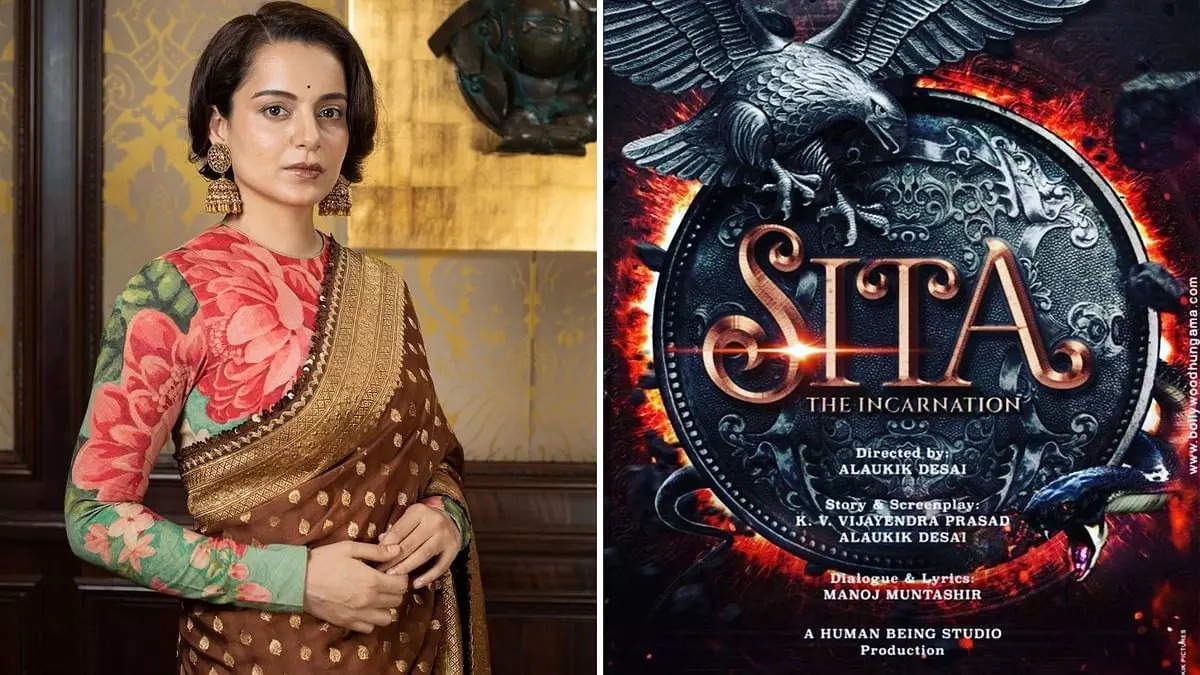 If your Instagram handle is anything to go by, you are quite a fitness freak. How important do you think is fitness, especially during these times?
Fitness is the driving force that keeps me going every day. I love doing martial arts, gymnastics, yoga, sports activities, parkour, gym and dancing. There are numerous ways to keep yourself fit every day.

How do you deal with negativity and trolls on social media?
There has been a lot of negativity on social media of late and it is important not to pay much heed to it and stay focused on things that interest you more.

OTT has changed the game for many actors in Bollywood. What are your thoughts on the same?
OTT has been a gamechanger since the start of the pandemic and it is going strong. It turned out to be a huge saviour for the industry at the time when it was most needed.

With theatres finally all set to reopen, which is that one film that you are very eager to watch on the big screen?
I’m in Delhi right now and already visited theatres to watch my favourite movies. I am happy to hear the theatres are opening now in Mumbai. I can’t wait for the upcoming Marvel Studio movies and Spider-Man for sure!

What’s next?
I have ‘Dhoop Chaon’ lined up ahead for which I’m currently shooting in Gurgaon; it will have a theatrical release. Then there is ‘Ho Hukum mere Aaka’ which will have an OTT release. There is also a music video, produced by me, which will be out soon. Pre-production for another upcoming project is in the works too.